An anarchist interviewing Martyn Jacques of the Tiger Lillies Band 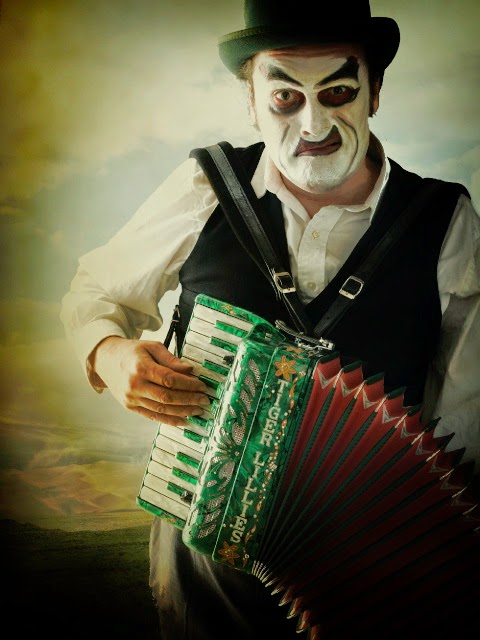 I heard The Tiger Lillies for the first time many years ago in the Third Schedule of the ERT, the former  public radio and television broadcasting corporation that was closed in authoritarian way by Greek Government last summer , when I was studying for the exams to pass from the second class to the third class of high school and had to study until lat , 'cause I did not pay any attention to the lessons . Suddenly I hear a strange voice coming from the speaker of the radio and says for a walk to the shops, for some bully boys and an Agrippa that broke heads. I was hearing the "Bully Boys", perhaps my favorite piece from the Tiger Lillies. They had made a great impression to me cause of the voice of Martyn Jacques and the inspiration of music, by Adrian Stout and Adrian Huge, who denan music of Berlin Cabaret of the interwar period with Brechtian lyrics . So I quit studying, I turned on the PC, I got on the internet and  forgot studying and examinations and listened for hours to Tiger Lillies's music.

Always made ​​me wonder why the themes of the lyrics are inspired by outcasts,pariahs or from old tales... As Martyn Jacques said this is happening  because "Its a far more interesting part, isn't it? I just don't find pretty, ordinary people that inspiring. "

Αfter all, what other kind of lyrics could be written by a band that has "basic artistic influence by the Threepenny Opera of Brecht and Weill ," two artists who had communist and socialist views and were dealing in their works with those people that the ruling class made them starve?

Also great impression to me was made their appearance on the scene , especially the make up thing, the clown make up on Martyn Jacques's face and the "weirdo" make of Adrian Stout and Adrian Huge, while the first 10 years they were heading the stage without make up. Martyn Jacques says that the make up style that he adopted, it's because he could not keep his eyes open while singing . Even considers that make up gives a more aggressive look on him,and it's something that helps him to separate the artistic himself onstage from the real self, offstage . Adds that " the make up acts as a mask " and I guess this is a reference to the masks used in ancient Greek theater .

Currently the band is giving 2 different performances. The show «Lulu- An Murder ballad " and the show "The Rime of the Ancient Mariner ." These two performances are directed by Mark Holthusen, and according to Martyn Jacques both of them are amazing shows , thanks to the visuals that were added by the director. Result of their appearances are 'admitted dithyrambic reviews by the press, something that is very difficult for a such controversial band "and that the audience around the world remains captivated during the show. Αctually "The Rime of the Ancient Mariner " show will be played in Greece early next year .

As for the economic crisis, Martyn Jacques believes that the problem that spawned the financial crisis is " Capitalism and its  "I spend so I exist" rationale. For too long now people have been brainwashed to work hard towards financial success and spend their money to dress the same, look the same and live their lives in a certain way. That's why most people have been finding it really hard to accept anything and anyone that didn't conform to these standards. Now of course the standards don't exist anymore as Capitalism has devoured the whole of the Western world. "

And the economic crisis has affected the band too. They realized that when they start lowering ticket prices , otherwise they couldn't be booked for shows around the world .

In his opinion , the only way out of this crisis is to start as societies to " think freely because free thinking can help people make choices that are good for them but not good for the system ."

He also added that he wants to say that he would like to say "that Greeks are amongst the nicest people he have ever met - outgoing, efficient and tolerant. he never felt like a weirdo walking the streets of Athens, he never got any funny, hateful looks  and he did get them a lot in many many places around the world, even in more "advanced" countries."

He also told me that "he has a few Greek friends, the Tiger Lillies' Publicist is also Greek so he knows that Greeks are going through hard, unfair times. He stills remember hundreds of big brown eyes  staring at him when Tiger Lillies performed at Syntagma Square a few years back with teargas bombs being fired all around them.  And he is a big fan of intelligent, sensitive eyes.""

In the video titled " Group Health -A ! Aid Syntagma Square " you can hear the song Sydagma Square by Tiger Lillies, which was written in response to the then Indignant protests and is dedicated to The Group of Healthcare - Popular Assembly's First Aid Team of Syntagma Square (Group infrastructure No12).


Also in the video below you can hear the song Forget About Us whose theme at the lyrics is associated with social mobilization against authority .

PS:
I want to thank Hara Hristopoulou, who is Publicist of the Tiger Lillies band and thanks to her I was able to make this  interview come real.
Also I want to thank Marilena Kara  who helped me in the formation of the questions.
And I would like to thank too Argyris Argyriadsi who gave me the photo with the Tiger Lillies in the Syndagma Square in June of 2011 and informed me about the history of the song Sydagma Square 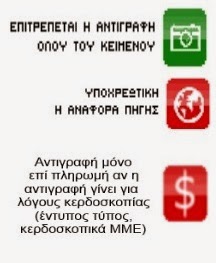